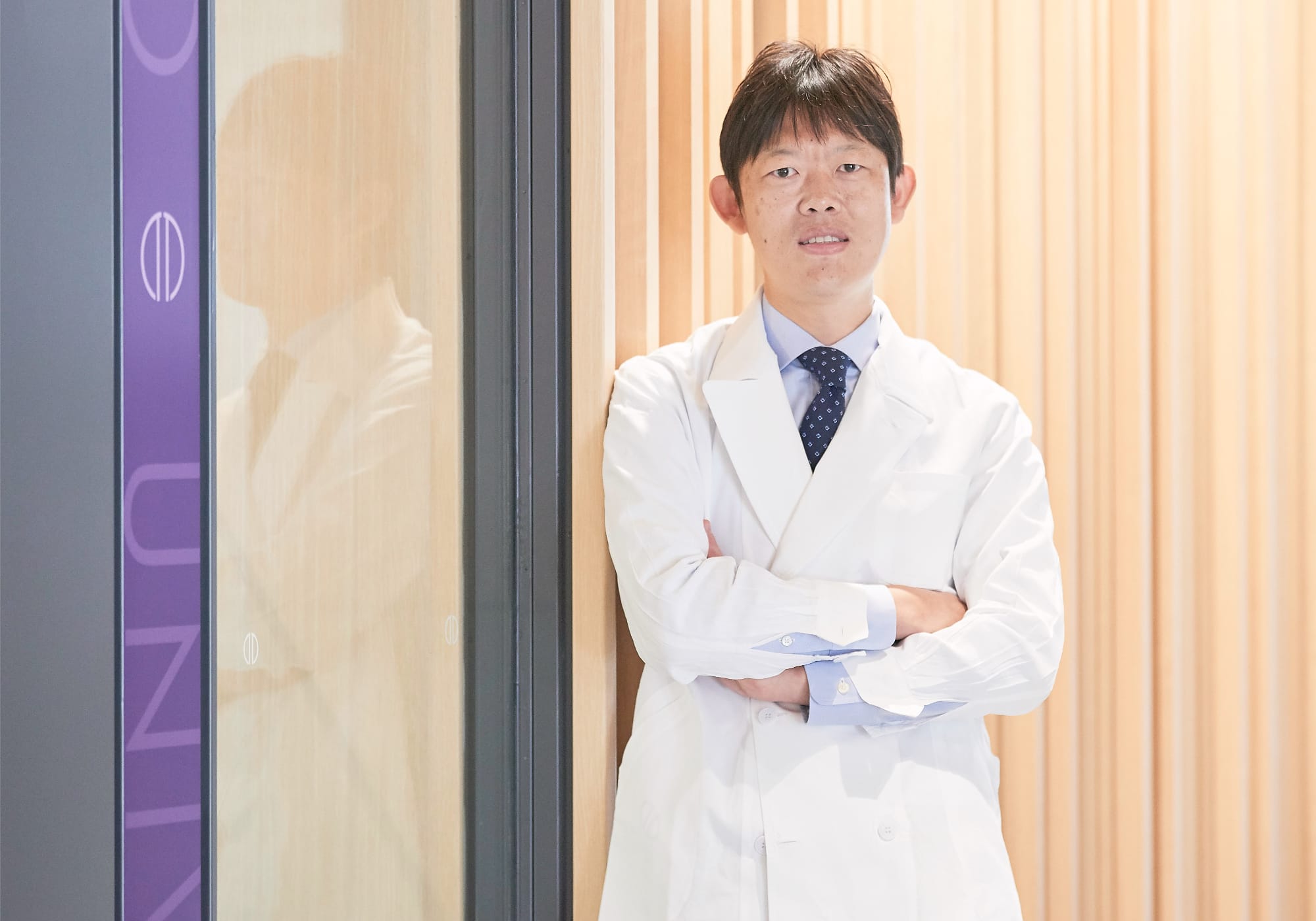 One of my focuses is on predicting the potential risk of cerebral infarction/bleeding events of atrial fibrillation and considering therapeutic effects of catheter ablation to provide appropriate medical care for individual patients.

For patients with atrial fibrillation, the most common arrhythmic condition, one major issue is avoiding cerebral infarction and bleeding events. In addition to observational research to interpret patients' prognostic data, the arrhythmia group is conducting research considering the future of arrhythmia, such as the concept of event prediction that utilizes clinical information like CT images in support of artificial intelligence (AI).

I pursued the field of arrhythmia after being drawn to catheter ablation, a method that dramatically improves the patient condition

At that time, drug therapy was still the primary treatment for arrhythmia. However, the hospital where I spent my time as a trainee was also focusing on the non-drug treatment of arrhythmia, so I engaged in catheter ablation (hereinafter referred to as ablation) from an early stage. The exposure to ablation I received at the hospital became a turning point, leading me to pursue arrhythmia. Ablation is less invasive than cardiac surgery, and it is a treatment that drastically improves the condition of the patient with a single procedure. When I see a patient suffering from the disease getting treated with ablation and discharged with a smile on their face, I feel that this field is extremely fulfilling.

At university hospitals, it is necessary to treat patients suffering from arrhythmias and consider the background in terms of what kind of patients have a high success rate of treatment and who can benefit from the medical treatment. Thus, I became involved in post-atrial fibrillation treatment patient registration and prognosis survey. This includes registering patients treated for atrial fibrillation at our hospital and related hospitals and studying the prognosis for 3 years. Since we had collected data on about 4000 cases in 2020, we are analyzing how many events such as cerebral infarction, heart failure, or major bleeding have occurred within 3 years of follow-up.

If the patient has a paroxysmal type of atrial fibrillation, they can be cured by ablation. However, we currently lack reliable information to evaluate whether the patient undergoing ablation would achieve a high success rate or not. At present, the risk of recurrence after ablation is considered to be high in patients who have enlarged left atrium, which we could generally observe in patients who are suffering from atrial fibrillation for an extended period of time, or in the patients with more comorbid like lifestyle-related diseases such as hypertension and diabetes, etc. Unfortunately, these proposed factors are still ambiguous and somewhat subjective. Therefore, I hope to predict the progression of atrial fibrillation with clearer and novel indexes that have not yet been developed.

The pathogenesis, cause, treatment, etc., of arrhythmia are still at the research and development stage, and there is no assurance that patients will be cured 100% even if ablation is performed. However, atrial fibrillation increases as we get older. Therefore, early detection before the occurrence of cerebral infarction is vital. The key to overcoming any disease is "how quickly it is detected." Before considering the necessity of undergoing ablation, the matter of prime importance is how to diagnose and treat the condition at an early stage. This will become one of the main pillars of future research. If intervention is made for atrial fibrillation before the onset of cerebral infarction, the occurrence of cerebral infarction and bleeding events would probably be reduced.

For example, it is expected that arrhythmia could be detected with wearable watches in the near future. At that time, we will be able to manage our health without a routine medical checkup and instead go to a medical institution when we notice something unusual. We have come to realize that the earlier the time taken to treat atrial fibrillation is, the greater the success rate of ablation will be. If we can achieve early detection and early medical care, I believe that even in patients with possibly low success rate of ablation will have more treatment options and deal appropriately with arrhythmia, including prevention of cerebral infarction in atrial fibrillation, for instance.

Research on atrial remodeling and biomarkers, that are behind refractory arrhythmia, is also in progress

In addition, research is also underway on biomarkers (inflammatory markers and fibrosis markers), which are said to be the factors that accelerate atrial remodeling and exacerbate atrial fibrillation. We check all patients subject to ablation for markers that are specific to people with persistent atrial fibrillation and people with a low success rate of ablation.

One of the studies currently in progress at the arrhythmia group is the prediction of recurrence of atrial fibrillation using AI. Since people who undergo ablation due to atrial fibrillation are examined by cardiac contrast CT images in general, all such clinical information is incorporated into AI for learning. If the use of AI becomes a reality, it will be possible to predict the recurrence rate from the morphology (structure) of the left atrium from the CT and determine the preferable course of treatment. In the registered studies so far, we have treated patients based on direct observations. By combining the information obtained therefrom with biomarkers, image information, and AI, we will be able to quickly identify and cure persons who can be cured and provide appropriate medical care to every patient with atrial fibrillation.

There are only a limited number of facilities that can perform ablations. However, there are many facilities that can take CTs. If this diagnostic algorithm is established, it will be possible to quickly determine whether or not to introduce the patient to a facility that performs ablation based on CT images, enhancing cooperation between institutions. The significance of this research is the attainment of such standard preoperative evaluations and predictions. In the past, we had to rely on the practical skills of experienced doctors, and it was difficult for inexperienced doctors to predict the recurrence of atrial fibrillation after ablation. However, if standard evaluation and prediction become possible, it will be useful for the training of young doctors, and it will also be helpful for preoperative informed consent (explanation) to patients and their families.

Many young doctors these days are skillful, and they are adept at such tasks as ablation images, 3D mapping, and 3D construction. Times have changed from the era of analog to 3D digital, and perhaps cardiovascular medicine is an easy-to-enter field for young doctors who are accustomed to 3D.
What's more, the appealing aspect of cardiology is that surgical procedures can be performed by physicians of internal medicine, and this is expected to be a growing trend.

In view of the above, future arrhythmia treatment will become a field where not only experience but also new ideas can be utilized. Perhaps in the no-so-distant future, young doctors who can quickly adapt to digital image analysis by incorporating new technologies will be able to treat patients in the same way as veteran doctors.

Graduated from Juntendo University School of Medicine in 1999. After training at the Department of Internal Medicine, Sendai City Hospital in Miyagi where is his hometown, he enrolled in the Department of Cardiovascular Medicine, School of Medicine, Juntendo University. In 2010 he acquired a doctorate in medicine. He received the 2007 Young Investigator's Award Excellence Award from the Japanese College of Cardiology. He studied abroad as a clinical research fellow at Barts Heart Centre in St Bartholomew’s Hospital in London, UK in 2014-2015.
His areas of specialization are arrhythmia, device implantation and catheter ablation.